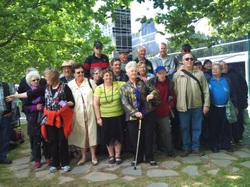 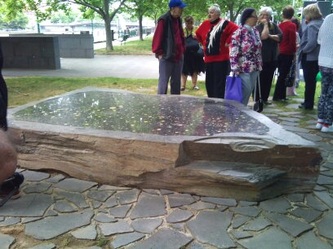 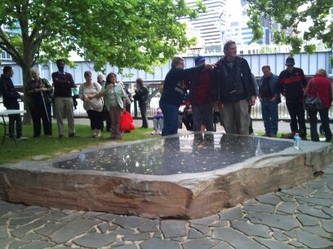 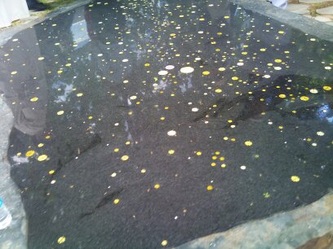 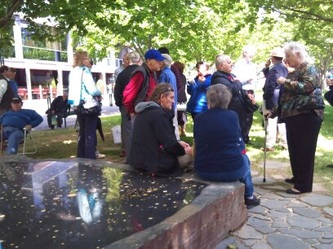 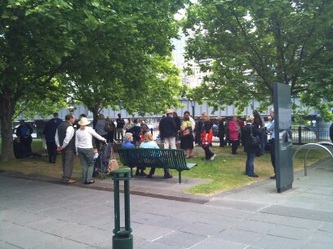 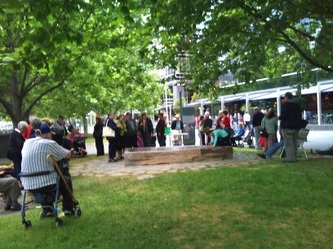 “World within, world without (2010) Helen Bodycomb This artwork reflects the constellations above Victoria at 11am on 16 November 2009, when Prime Minister then Kevin Rudd made a National apology to the Forgotten Australians’. Wattle blossoms represent the one thousand most visible stars and planets, one for every one hundred children who were in Victorian state care. Here we remember those thousands of children who were separated from their families and grew up or spent time in Victorian orphanages, children’s homes and foster homes last century. Many were frightened, abused and neglected.
We acknowledge the many shattered lives and the courage and strength of those who survived. Unveiled 25th October 2010 and developed with the support of the Australian and Victorian Governments and the City of Melbourne.”
​