"If you have attended a private session, or provided a written account of your experiences, we invite you to send your own 'Message to Australia' The ‘Message to Australia’ is an opportunity for the people who have bravely told their stories to the Royal Commission to send a short message to the Australian community about their experience and their hopes for creating a safer environment for children in the future.

At the end of the Royal Commission, these messages will be published in a book and kept at the National Library of Australia, where it will be available to members of the public and preserved for future generations". Website Here.

The Royal Commission into Sexual Abuse
Keep an eye on this Website
Reports,News Paper Articles and Survivors Stories.
http://www.royalcommission.com.au/ 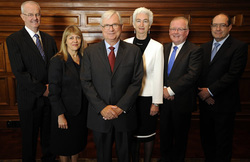 On my advice, today the Governor-General has appointed a six‑member Royal Commission into Institutional Responses to Child Sexual Abuse.
Child sexual abuse is an evil crime.
Anyone who has ever suffered child abuse deserves to have their voices heard and their claims investigated.
The Royal Commission will inquire into how institutions with a responsibility for children have managed and responded to allegations and instances of child sexual abuse and related matters.
It will investigate where systems have failed to protect children, and make recommendations on how to improve laws, policies and practices to prevent and better respond to child sexual abuse in institutions.
The Commissioners can look at any private, public or non-government organisation that is, or was in the past, involved with children, including government agencies, schools, sporting clubs, orphanages, foster care, and religious organisations.
This includes where they consider an organisation caring for a child is responsible for the abuse or for not responding appropriately, regardless of where or when the abuse took place.
The Commission will not specifically examine child sexual abuse outside organisations, such as in the family. However, any recommendations made by the Commissioners are likely to improve the response to child sexual abuse wherever it happens.

The Royal Commission will be led by Justice Peter McClellan AM. Justice McClellan currently holds one of the most senior judicial positions in New South Wales judiciary as the Chief Judge at Common Law of the Supreme Court of New South Wales.
Justice McClellan has an extensive legal career – including chairing the Sydney Water Inquiry and working on the Royal Commission into British Nuclear Tests in Australia.
Given the scope, scale and seriousness of this Royal Commission, we asked the Governor-General to appoint a further five Commissioners to support the inquiry.

We have carefully selected a panel of individuals that draws together the right experience and understanding for this incredibly important task.

Justice Jennifer Coate served for 20 years as a magistrate and county court judge in Victoria, including for five years as the President of the Children’s Court and most recently as the Victorian Coroner. Justice Coate has also now been appointed to the Family Court of Australia.

Robert Fitzgerald has served as a Commissioner in the Productivity Commission since 2004.  He also has experience in commerce, law, public policy and community services, including as Community and Disability Services Commissioner and Deputy Ombudsman in New South Wales.

Professor Helen Milroy is a consultant psychiatrist with extensive experience in child and adolescent health, including the mental health impacts of child sexual assault, and is currently Winthrop Professor and Director of the Centre for Aboriginal Medical and Dental Health at the University of Western Australia.