Our History Our Heritage
Who Cares We Do! 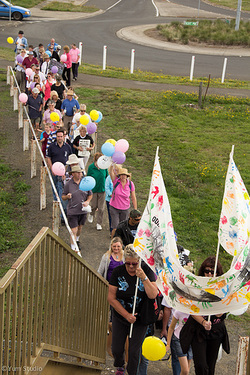 Rally Walk Banner Photo by YumStudio
A March was held on the 31st of March 2012 , meeting starting point was at the Alexandra Babies Home Scott's Parade Ballarat. Walk started at 11.00am heading towards the railway walk bridge crossing over the other-side to Victoria Street to join others who have been waiting for the rally walkers at the former Ballarat Orphanage and Ballarat Children's Home site . Over 100 people attended the rally Former Residents,Forgotten Australians,Former Child Migrants, Stolen Generation also the wider committee of Ballarat. All gathering together in the cause of saving the former
200 Victoria Street  historical site of the early 1900's buildings from being bulldozed. 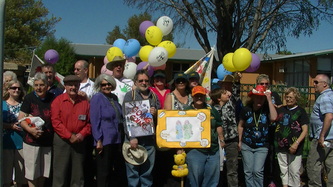 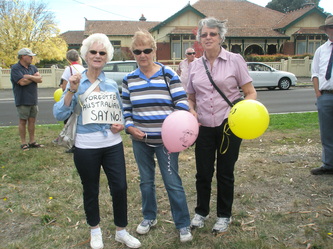 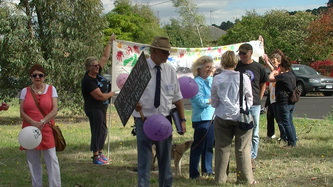 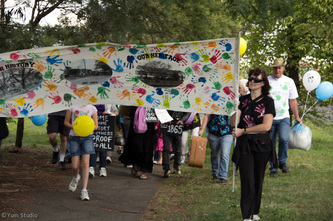 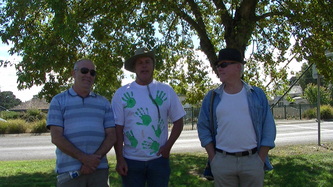 Video put together by Erin from yumstudio 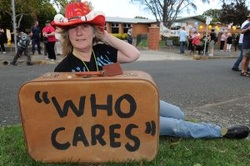 Who Cares Deb Findlay Does.
Rally to save orphanage site from wrecker's ball ,
A FORMER resident of the Ballarat Children’s Orphanage is calling on the community to join the fight to save the site from the wrecker’s ball. Deb Findlay’s comments come as a strong crowd of more than 100 rallied on Saturday in support of the historical Victoria Street buildings.
“The community has supported the orphanage in the past,” Ms Findlay said.
“They helped develop it over the years and I would like to think the community would help us in the fight.” Story By Ballarat Courier

Deb Findlay Interview with ABC Radio
A symbol of home, history and horror: former residents rally to protect orphanage site
The proposed redevelopment of the former Ballarat Orphanage site is dividing past residents, with some preferring it be bulldozed while others declare the buildings need protection as recognition of Australia's history of state care. Hear from the site's developer and the people rallying to get the last of the Orphanage buildings protected. Story ABC Network.